Energy drinks are the wrong choice for teenagers

The study, which was published in the Journal of Nutrition, Education and Behavior, demonstrates that the use of such drinks could be a part of a bigger pattern of unhealthy behavior, researchers claim. Use of energy and sports drink among teenagers has trebled in recent years, with nearly forty percent of two thousand and eight hundred youths surveyed in over twenty public schools in the St Paul, Minneapolis area between 2009 and 2010 consuming at least one energy drink per week.

Experts say that sports drinks are really only needed by teens who take part in vigorous physical activities during hot weather but could otherwise be contributing to tooth decay and excess weight gain. Even active teens would still be better off consuming water than energy drinks. 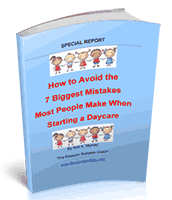